This episode on Driver 2: Poverty, Disinvestment & Joblessness, explores the root causes of structural poverty and disinvestment in South Central LA. Residents of South Central have long been subjected to policies that are driven by anti-black racism, white supremacy, and capitalism. We speak with community leaders who unpack the legacy of economic discrimination in South Central, the structural barriers to employment for Black and Latinx residents, and the ways in which the South Central community can organize to gain better access to economic opportunity. We conclude with a conversation about the movements necessary to transform South Central into a healthier community with Black and Brown residents standing on a united front.

Janel Bailey is the Los Angeles Black Worker Center’s Co-Executive Director of Organizing and Programs alongside La Tonya Harris. Born and raised in Chicago, Bailey is a campaigner who has devoted time to organizing to improve the lives of working people. Before joining the LA Black Worker Center, Bailey worked most recently with the Service Employees International Union in the Midwest and the Worker Center for Racial Justice in Chicago. If there were three people, dead or alive, Janel could join for lunch after the podcast, they’d be Mayor Harold Washington, Chaka Khan, and Prince.

Recruited on the bus in 1998, Barbara has been a cornerstone of the organization since then. A resident of South LA and a transit-dependent bus rider for nearly four decades, Barbara has been elected by our members to the BRU’s leadership body, the Planning Committee, for twelve years running. She has acted as Co-Chair of the Planning Committee and of the Monthly Membership Meeting for ten years. During that time, she has served as spokesperson and representative of the BRU in the media, with public officials in LA and Washington, and in national and international social movement forums. Barbara also sits on the Steering Committee of the Community Rights Campaign and represents the CRC in its coalition work. She is the only recipient of the Strategy Center’s W.E.B. Dubois Fellowship (2009-2009).

Benjamin Torres is the President/CEO of the Community Development Technologies Center (CDTech), a nonprofit organization focused on addressing issues of racial equity and economic justice in low-income areas of Los Angeles. Benjamin’s entire career has been focused on placing the tools of democracy directly in the hands of our most marginalized residents through education, training, engagement and multi-ethnic/racial community building. He has developed efforts to create inclusive, democratic and power building strategies utilizing highly effective public, private, nonprofit and community partnerships. He is committed to progressive movement building efforts and serves on the Board of Directors of several key local and national organizations. He also serves as President of City of LA Commission on Community and Family Services and he also serves on the LA County Public Health Equity Task Force Commission.

What is it? The Bus Riders Union (BRU), also known as El Sindicato de Pasajeros, is a multiracial dynamo of 200 active members, 3,000 dues-paying members, and 50,000 supporters on the buses of L.A. The BRU was initiated in 1992 as the Strategy Center’s Transportation Policy Group and has become one of the largest multiracial, mass transportation, grassroots organizations in the U.S.

The BRU carries out a wide, multi-issue progressive agenda based on comprehensive principles of unity and strong membership agreement. In May 2021, BRU called the Metro Board Members to action and to implement the Bus Riders Union Plan for Free Public Transportation. The fare-less transportation plan advocates for the needs of the majority of public transportation passengers, which are 70% working class and 80% Black and Latinx. The plan outlines: Fare-less transportation for all, no means or income tests, and no enrollment process

What is it? Proposition 13 is a $15 billion state bond measure to fund facilities projects at public schools, community colleges and universities. The funding includes $9 billion for preschool and K-12 schools, $4 billion for universities, and $2 billion for community colleges. Prop 13 would have also made changes to the formula used to distribute state bond funds to schools, the rules governing local bond measures, and school districts’ abilities to assess developer fees.
Check out ballotpedia for more information: https://ballotpedia.org/California_Proposition_13,_School_and_College_Facilities_Bond_(March_2020)

The Los Angeles Black Worker Center (LABWC) is a dynamic and diverse collective made up of workers, organized labor, community-based organizations, clergy, students, and scholars. Their work is grounded in advocacy and support to engage employers directly and give workers more structure and power to gain access to quality jobs and challenge/remove systemic barriers to employment. Due to the pandemic negatively impacting the Black working class, LABWC began The 1000 Black Jobs Initiative. This is a petition demanding that Mayor Eric Garcetti fulfill the 1000 Black Jobs Initiative and put 1000 Black Angelenos to work.

The Baldwin Hills Crenshaw Mall had been on a steady economic decline, which was accelerated by the COVID-19 pandemic. As a result, the mall was put up for sale and at risk for gentrification, with potential buyers including developers with plans to develop luxury housing.

In response, the community effort known as “Downtown Crenshaw Rising” called the South LA community to action to buy the mall and redevelop it themselves. The collaborative effort consisting of South Central residents, organizers, community leaders, and real estate professionals have raised more than $30 million to bid on the property. Downtown Crenshaw envisions a community-center redevelopment of the Crenshaw Mall.

To learn more about the Downtown Crenshaw effort, check out their website: https://www.downtowncrenshaw.com/ 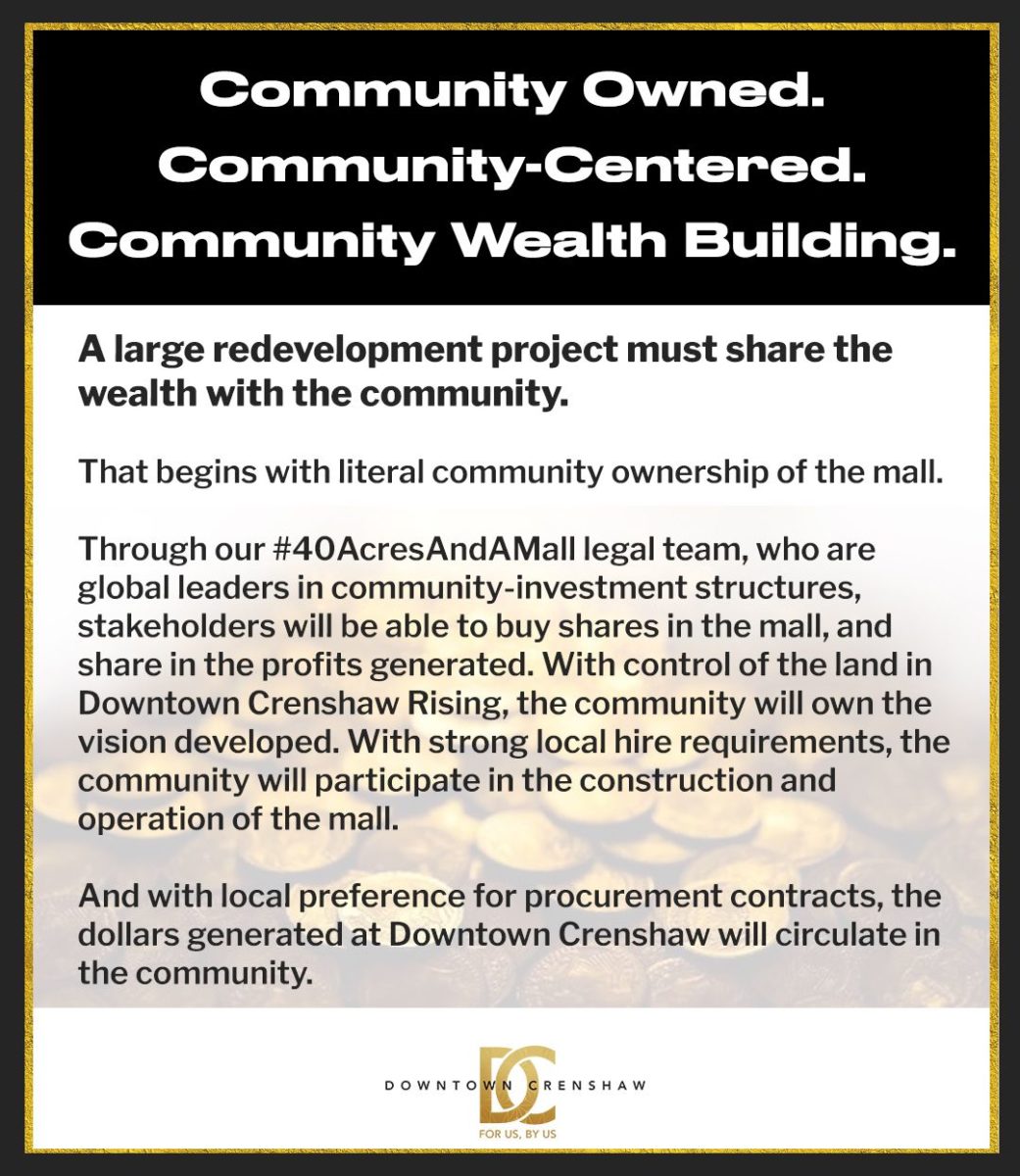 To learn more about Slate-Z and their collective impact, visit their site https://slatez.org/ 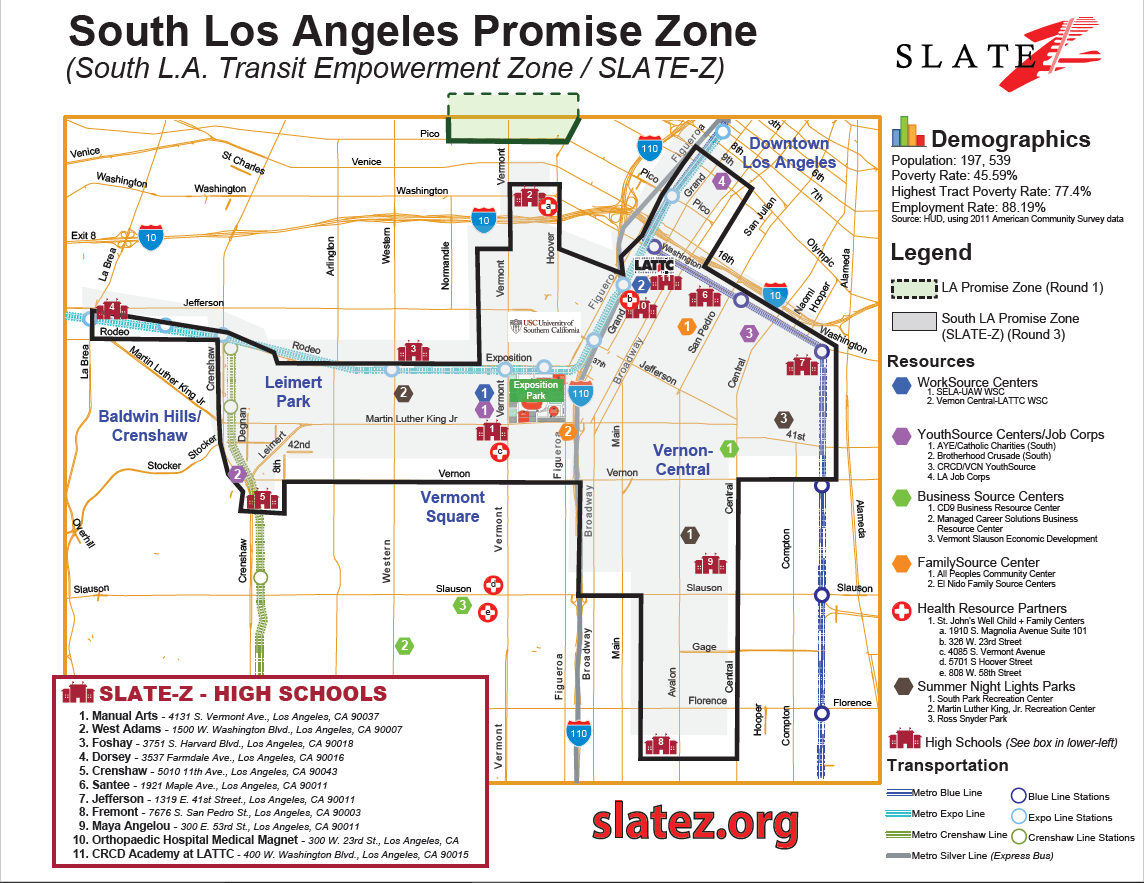 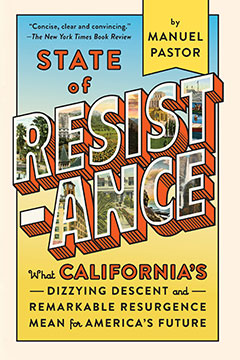 Sociologist Pastor discusses California’s trajectory from Reagan to the current political landscape. Pastor explains that, there was a several-decade escalation in the politics of fear, austerity and resentment, which harmed the state while also driving the California Republican Party further right, and eventually out of power.

To learn more check out the book here: https://thenewpress.com/books/state-of-resistance